Story DLC, explore The Reach (zone) and capital city of Markarth. Confront a Vampire Lord and his ancient army.

Blackreach: Arkthzand Cavern the underground part of The Reach.

Antiquities System
Find treasures, relics and knowledge hidden around the world of Tamriel.

The Season of the Dragon 2019 Adventure

The Season of the Dragon is The Elder Scrolls Online Dragon Adventure set in Elsweyr. Explore hazardous ruins, face deadly guardians, and claim both halves of the powerful and mysterious Wrathstone.

Dungeon DLC, starts The Season of the Dragon adventure. Two 4 player group dungeons: Frostvault in Eastmarch and Depths of Malatar in Gold Coast.

Defend the people of Southern Elsweyr, restore the mysterious Dragonguard order, and fight back against the Dragon menace.

Earlier Chapters and DLCs in ESO

PvE and Argonian themed DLC. Delve into the treacherous swamps and jungles of Argonia and discover a hidden world as dangerous as it is beautiful. Arena: Blackrose Prison

Horns of the Reach DLC

Shadows of the Hist DLC

One of the first landfalls settled by the Redguards when they sailed east from their lost homeland of Yokuda, the island of Stros M'Kai is now a haven for freebooters, sea-rovers, and other nautical entrepreneurs who roam the Abecean Sea.

Nine generations ago, the island of Betony was conquered by the Seamount Orcs, who renamed it Betnikh. A proud, self-reliant people, the Orcs fiercely protect their new home from incursion by outsiders.

Glenumbra, the westernmost region of High Rock, contains the city-states of Daggerfall and Camlorn, the great cemetery of Cath Bedraud, and the wild areas of Hag Fen, Glenumbra Moors, and the forests of Daenia.

Situated at the head of the strategic Iliac Bay, Stormhaven is the geographic center of High Rock, and also the home of the great trading city of Wayrest, capital of the Daggerfall Covenant.

This northwestern region of High Rock contains some of the province's most dramatic terrain, including towering, flinty crags, windswept moors, and narrow canyons. Many folk find the environment oppressive, even threatening.

Though there are fertile fields on the coast near the capital city of Sentinel, it is the arid expanses of the interior that have captured the hearts of the rugged Redguards. The Alik'r is rich in mineral resources, but its fierce creatures and harsh terrain are daunting to most.

This region takes its name from its most famous feature, the Bangkorai Pass, which has served as High Rock's defense against the wild raiders of Hammerfell for countless generations. The uplands north of the pass and the desert to the south are both ruled from the port city of Evermore.

Bleakrock is an island off the northeast coast of Skyrim between Windhelm and Solstheim. The hardy Nords who inhabit Bleakrock are mostly farmers and fisherfolk. A small contingent of Pact soldiers keeps a sharp lookout for pirates and raiders.

Bal Foyen, on the southern coast of Morrowind's Inner Sea, was a wild expanse of marshland until recently. Now much of it has been turned over to the Dark Elves' former Argonian slaves, who plant saltrice and herd guar in the former wastes.

The ashfall from the volcanoes of the Velothi Mountains and from great Ash Mountain itself is Stonefalls' bane and benefit, fertilizing the soil where the land isn't too arid to grow crops. It was here that the recent invading army from Akavir met its bloody end.

The fertile valleys of Deshaan are home to lush fungal forests, deep kwama mines, and broad pastures where netches and guar graze. But all pales before the magnificence of Mournhold, home of the Tribunal and capital of the Ebonheart Pact.

On the border with Morrowind, the Shadowfen region has had more contact with Tamrielic civilization than most of Black Marsh - due primarily to the activities of the Dunmeri slavers who once operated out of the city of Stormhold. Now the Argonians are back in charge.

One of the 'Old Holds,' Eastmarch was among the first regions of Skyrim settled by the Nords when they arrived from Atmora. Its capital, Windhelm, is the oldest continuously inhabited human settlement in Tamriel, and was founded by Ysgramor himself.

Skyrim's southernmost hold has a relatively temperate climate, thanks to northern mountains that block the frigid gales of the Sea of Ghosts, and warming volcanoes in the Velothi Mountains to the east. Its capital is Riften, on the shores of broad Lake Honrich.

This island off the south coast of Elsweyr is named after the Khajiiti goddess of weather and the sky, who is usually represented as a great hawk. She finds many worshipers among the cat-folk's sailors and farmers, especially those who grow moon-sugar cane.

The second largest of the Summerset Isles, Auridon has always served the High Elves as a buffer between their serene archipelago and the turmoil of Tamriel. The Altmer of Auridon have been hardened by generations of repelling invaders, pirates, and plagues.

This region is the southern heart of the Wood Elves' great forest, and home to more of the gigantic graht-oaks than any other part of Valenwood. Its capital, now also the capital of the entire Aldmeri Dominion, is Elden Root.

Greenshade, a land of flowing rivers and fertile plains, occupies the southwest portion of Valenwood. The port city of Woodhearth sits upon the western shore, while other towns include Marbruk and Greenheart.

Malabal Tor is the northwest region of Valenwood, on the coast of the Abecean Sea and the Strid River estuary. Its capital is Silvenar, the spiritual home of all Wood Elves.

Once known simply as Northern Valenwood, this region that borders Cyrodiil and Elsweyr has seen so much bloody warfare since the fall of the Second Empire that it's now known as Reaper's March, even to its battle-scarred inhabitants.

The dreadful Oblivion plane of Coldharbour is a place of death, despair, and infinite cruelty. It is ruled by Molag Bal, the Lord of Brutality and Domination, a Daedric Prince dedicated to enslaving all the mortals of Nirn.

Though crossed by caravans and Covenant troops going to and from Cyrodiil, this wild region of eastern Hammerfell is a virtual no-man's-land. It's anchored on the east and west by the towns of Elinhir and Dragonstar.

The Imperial province of Cyrodiil dominates central Tamriel. With the Empire's collapse, armies of the Dominion, Covenant, and Pact have all invaded Cyrodiil, vying for the Imperial throne and control of the greatest prize in the land. 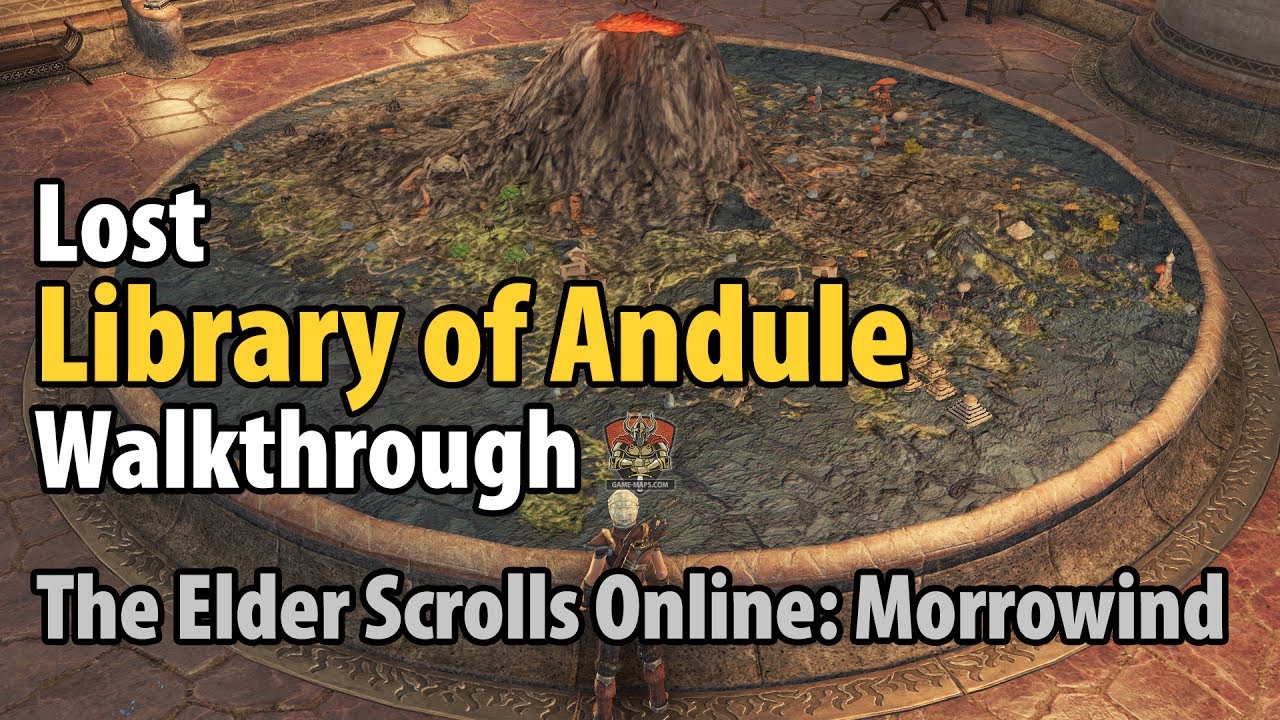 The basic version of the game requires a one-time purchase. Such a purchase gives you free access to all the basic content without DLC addons.

For additional content (DLC) you can buy them paying once or pay monthly for a premium account ESO Plus.

Both sprinting and sneaking will use up your Stamina. If your Stamina runs out, you cannot sneak or sprint until it is replenished. To dodge, double tap the movement key in the direction you wish to dodge. This will consume stamina.

You receive a skill point every time you gain a level. You may place this point into Health, Stamina, or Magicka, improving the chosen resource pool. Improving a resource pool also improves any related stats. Placing multiple points into a stat will unlock passive boons for your character. You will be able to visit trainers in the world to reset your points for a fee.

Traveling in the world of Tamriel

Wayshrines are safe locations, found near many major roads and cities in Tamriel. If you die, you will be revived at the nearest Wayshrine. You can quickly travel from one Wayshrine to another by interacting with one. This will bring up a map, where you can choose any other Wayshrine you have discovered, and instantly teleport there. This type of fast travel can only be done in the open air of Tamriel, however.

Mounts provide a faster means of traveling from one adventure to another. Your character can purchase a mount from a Stable Master. Although there are many stables throughout Tamriel, not all have Stable Masters. Search stables in major cities to locate a Stable Master. Once you have purchased a mount, you can summon it. Characters with multiple mounts can chose their active mount through the Stable Master. The Stable Master will also allow you to name your mount and to feed it. Feeding your mount certain foods can increase its attributes, allow you to customize it.

All characters have the Novice rank in all five Tradeskills: Alchemy, Armorsmithing, Enchanting, Provisioning, and Weaponsmithing. In order to craft, find a workbench of the tradeskill you wish to work in, and interact with it. Try it out! Once you've interacted with a workbench, you must decide the general type of thing you will make.

Researching an item destroys it, but gives you some of the materials used in the item's construction. It also gives you a large amount of Inspiration points, which improve your ability to craft in that Tradeskill. To research an item, interact with a crafting workbench and select "Research". Then, select the item you wish to research. Researching an item destroys it permanently.

There are pockets of natural resources, scattered throughout the world, that can be harvested and refined into ingredients and additives for crafting. Anyone can harvest any resource, no matter their skill in any Tradeskill. Additive materials, when used in crafted items, will always improve the quality of the item. The more additives you use the better the quality of the item. Combining three different additives together can imbue the crafted item with additional special properties. When you first find an additive, you will not know what special properties it has.