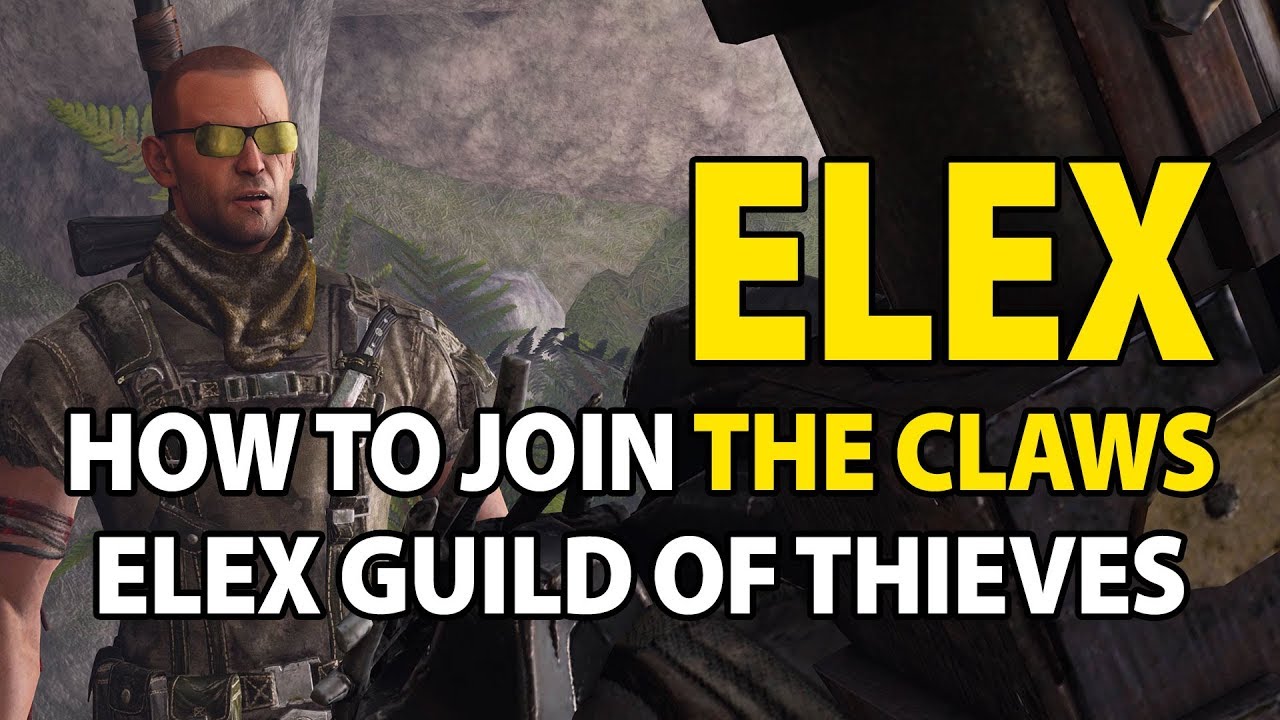 How to join The Claws - ELEX Guild of Thieves

The Claws are Guild of Thieves in Elex.

You do not have to join the Claws to complete the game, but joining the guild gives you extra missions and equipment.

For joining The Claws go to The Domed City.

Vito find him in Tavern. You can talk to him and get Strange Key. Or if he do not want to talk with you about that, you have to steal this key from him.

I received a strange key. I don't know what it opens.

Use Strange Key on Strange Mechanism and open trapdoor

03 Trapdoor to The Claws Headquarters

Inside The Claws Guild of Thieves in Elex

Darius talk to him about to enter Headquarters. Tell him true.

Talk to him and ask for joining The Claws.

My Claw symbol of The Claws.

I have discovered the Claws. A secret underground organization of thieves with their HQ in the sewers below the Domed City.

On Behalf of the Claws

The Claws place available missions into a trunk, I can pick up requests and orders from there. Any objects bring back must be taken to one of the designated drop boxes that can be found in all large cities on Magalan. Hector has the key to the Job trunk.

Key for the Job Trunk

Oran, the tavern keeper from Edan, doesn't just have good beer. He also has a secret stash of supplies. He keeps the key for this stash on him.

Back to the Sewers

I will be rewarded for each job I do for the Claws. I can find assignments in the trunks in the Claws' HQ, in the sewers below the Domed City.

Blueprints for a Fighting Colossus

Mechanical guards are reliable and don't betray secrets. Since the Albs aren't just going to tell us how to construct Some, we need someone to look around the Clerics' production facilities to acquire some suitable blueprints.

Elex is versatile. The Clerics are masters at using Elex as an energy source. Since they aren't prepared to share their knowledge, someone will have to relieve them of this knowledge secretly. The information we need can be found in their Archives. Our intelligence suggests that, if the documents can't be found on the shelves, the archivists must carry them on their person. Collect Cleric Research Documents.