Our people call this place the Emerald Graves. Long ago, before the fall of the Dales, a tree was planted for every warrior who pledged themselves to the guardianship of the Dales. Together, these warriors were the Emerald Knights of Halamshiral, and the forest of their trees was named the Emerald March.

When the humans began encroaching once again on our borders, the Emerald Knights banded together to protect us from the incursion. But the humans were many, and their Chantry powerful, and they eventually conquered the Dales. The knights fought in defense of our land, and almost all perished. The trees that once represented a mighty army were now living symbols of sacrifice - the Emerald Graves.

I hear that most humans in Orlais do not call this place by its true name. They find it an inauspicious one and refer to the forest only as the Greatwood. They refuse to see anything but wood and moss and leaves, and hope to remain ignorant of the blood that was spilled. But we of the People remember. We feel the weight of what was lost, and we see, not trees, but lives given for freedom.

A Promise Lost, as told by Keeper Gisharel to the young hunters of the Ralaferin clan on the outskirts of Halamshiral

There, see the Winter Palace at Halamshiral. Gaze upon its white walls and golden spires, built on the broken dreams f a people. Our people.

The human prophet Andraste was a slave in the Tevinter Imperium, as our ancestors were. When she rose up against them, we rose up with her. Together we fought for freedom. In gratitude and kinship, Andraste promised the elves a new land: the Dales. And although she died, her sons kept her promise.

Our people came from farthest Tevinter to claim this new land. Here, our journey ended. This was our Halamshiral. As we laid the first stone for the city, our people vowed that no human would ever set foot on our lands. The greatest of our warriors swore to uphold this vow. One by one they came, invoking the names of Elgar'nan and Mythal, Andruil and Ghilan'nain. Before all our gods, they dedicated themselves to Halamshiral, becoming our protectors, our Emerald Knights. They would ensure that the Dales remained free.

It was free. For over three centuries. But the humans and their new Andrastian Chantry would not let us be. They pushed against our borders. They sent missionaries to spread the word of their prophet. They sought ways to subjugate the People once more. When we refused, we angered them.

They destroyed us. Even the Emerald Knights could not stand against the might of their army, armored in faith. In the name of their Andraste, they burned Halamshiral, scattering us to the winds. They forgot that once, long ago, Andraste's followers and the elves marched together. They forgot that Andraste called Shartan "brother."

QUEST: Fairbanks' Trust Go to (03) and talk to Fairbanks

QUEST: Rift at the Cove

QUEST: Rift at the Pavilion

QUEST: Rift at the Reach

QUEST: Rift near the Sighs

QUEST: Pyrophite Survey in the Graves

COLLECTION: Shards in the Graves

COLLECTION: Landmarks in the Graves

COLLECTION: Regions in the Graves

COLLECTION: Astrariums in the Graves

by ReveurIngenu
"There's a missing glyph on the arrow leading up to 3. It's about halway of the arrow doing a 45 degrees angle. You get the fire in the watcher's camp."

ITEM: Fairbanks' Documents for The Freemen of the Dales Quest

NPC: Gertrude buy/sell When you free her from Veridium Mine

NPC: Sister Costeau kill her for The Fallen Sister Quest

QUEST: A Deluded Chevalier Deal with Chevalier Augustine kill him in (13)

For more info about Villa Maurel go to
https://game-maps.com/DAI/Villa-Maurel.asp

Watcher's will move here after finishing key quest for them.

QUEST: Not Everyone's Free Key is inside Mine to the South. Open Cage.

ITEM: Letter in the Wall

QUEST: A Puppet Master This quest is to kill Carroll, Leilana will give you this quest in Skyhold after finishing some other quests for her.

for Map of Elgar'nan's Bastion Quest (20)

by Hveorungr
"There is an Unfinished Business target on the far right of the map, south east of 31."

NPC: Old Scarred Paw for A Bear to Cross Quest (32) 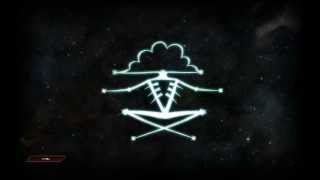 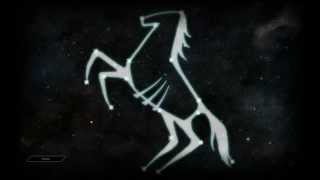 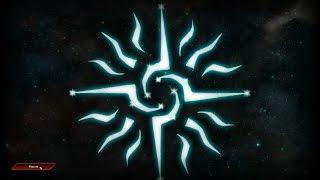 by psybreak
"There is Red Jenny's stuff here, more or less, in a cave."

Location - This is in game location. The sequence of numbers shows suggested order of visiting locations.

Starting Quest Location This is location with quest giver. It can be item, person or place.

Inquisition Camp - Heals, restock potion, place to rest, change party members, use it to fast travel. Setup camps as fast as you can.

Fade Rift - You can close Rifts using your ability. Rifts grows in difficulties in following locations. Closing a Fade rift rewards with amount of Power. There are a total of 81 rifts in Thedas.

Astrarium - Astrariums are ancient relics of Tevinter origin that allow the viewing of constellations in the stars. Solve Astrarium puzzles to reveal secret location with treasure.

Ocularum - Use Ocularums to reveal locations of magical Shards. Shards can be used in Forbidden Oasis Location.

Fast Travel - You can travel to this points pointing on world map.

Area Exit This is Exit to main map

Mosaic Piece Collect mosaic for Collections. Mosaic sets are Sacrifice, Invasion, The Fall, Archdemon and Freed Are Slaves. Each Mosaic set has 12 pieces.

Bottle of Thedas Collect Bottles for Collections. There are 29 bottles that can be collected.

Secret - Use Search ("V" on PC) to reveal secrets. Sometimes you need to use search key few times.

Codex Entry It can be book, letter, place, item. After you collect 250 codex entries you become Loremaster.

Ballad Collection - Song Lyrics or sung song for Collection. There are 21 songs to collect.

Artifact - Artifact to Activate for Solas. When activated they strengthen the Veil in the close area.

Glyph - Use Veilfire to obtain Rune

Keep - Tou have to defeat enemy and claim this keep for Inquisition, then it will be your Camp.

Operation - You have to perform Operation here.