The Tempest is a Survey ship designed for long-range, long-term exploration under a Pathfinder's Command. Its lightweight and efficient design allow it to operate with a Small Crew and minimal resources.

Built by the Andromeda Initiative, the Tempest makes use of several once-proprietary technologies, including an IES stealth system originally developed by the Systems Alliance. Many of these systems were permitted on the condition that the Tempest only operate in the Andromeda Galaxy.

The Tempest's engine is a variation on the arks ODSY drives that allow long-term Operation, Capturing a percentage of the static buildup in capacitors. The recycled electrical charge powers several of the Tempest's onboard systems.

As a Pathfinder vessel, the Tempest has research and development facilities, laboratories, and a well-appointed meeting space to accommodate dignitaries, anticipating any potential first contact scenarios.

If the Tempest is docked on Nexus and you want to exit, select Galaxy Map and then Docking Bay.

Professor Herik from the Nexus tech labs has asked you to make a home for a young pyjak aboard the Tempest.

Loadout Station Here you can choose your equipment and squadmates before embaring on a mission.

Special Delivery Cache here you will receive items from special version of your game.

Dr. Aridana has attempted to contact you. Speak to her at Nexus tech labs.

By all accounts, William Spender is a difficult man. But there is reason to suspect that the Assistant Director of Colonial Affairs is actively working to undermine the krogan. Drack has asked you to investigate Spender's activities.

You have to talk to Del Jasin on Nexus 27

After first visit on Aya

After making initial contact with the angara, you must now gain their trust in order to meet the Moshae and access the vault on Aya. Either Voeld Or Havarl would be likely places to start.

After making initial contact with the angara, you must now gain their trust in order to meet the Moshae and access the vault on Aya. Either Voeld Or Havarl would be likely places to start.

After talking to Liam

Liam suggest the crew would enjoy a relaxing movie night.

An asari survey ship, the Periphona, may help you find the asari ark itself. Use the Periphona's transponder codes to track the ship from her last known location.

Call Evfra from meeting room for A Trial of Hope

While gaining Evfra's trust, you have garnered the attention of the Roekaar, a cell of angaran fighters who hate all aliens. Jaal has information about the roekaar's leader, AkkSul.

You pushed the Roekaar Out of Site 1 and AkkSul has left Eos.

After the Roekaar's failed attack On Prodromos, Jaal received a message from AkkSul.

Read email from Cora for Cora Harper: Asari Ark, then go and talk to her.

By activating Havarl's lost monolith and resetting the vault, you prevented the planet's destruction. Angaran scientists at the Pelaav research station expressed an interest in working with initiative teams. Director Addison dispatched several researchers to the planet, and has asked you to check in on the situation there.

After Disable the Kett Outpost on Voeld

Raelis, an Angaran Resistance fighter, wish to speak to you on Voeld

Read Emails: For Task: Patch of A Hero Speak with Keri about the angara

Talk to Liam about Movie Night: Getting Started

Liam wants a small armor project approved, calling it a diplomatic effort with Jaal. Complete the research project to secure what he needs.

Access the Development Screen at the Research Center, under the Special category. Acquire components through exploration, or from merchants on the Nexus.

Gil Brodie: A Game of Poker

A new email is waiting for you from Gil

Talk to all team members on Tempest.

Peebee has asked you to meet her at museum on Aya

You will got yhis quest after you meet Peebee at her Nexus Apartment.

After return from Kadara (before outpost)

There are reports of interesting and potentially lucrative activity in the Remaw system. While those reports alone seem vague, it's also the area that the turian ark may have been headed. Vetra and Peebee suggest that we check it out.

Drack is concerned about tensions at the krogan colony on Elaaden. He's forwarded you an email from Jorgal Strux, a well respected krogan from an old family. Strux has asked to meet you at a trading post called Paradise. He's also asked that you keep it a secret.

The asari ark, the Leusinia, is still missing. Given Cora's history with asari commandos, she has spearheaded the effort to find the Leusinia and bring it home to the Nexus. 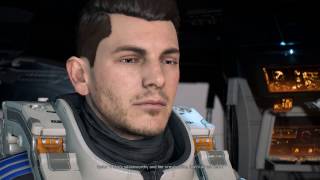 Vetra's sister. Sid, is waiting for a call from you and Vetra. 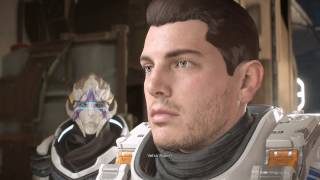 Night on The Town

Reyes Vidal has sent an email asking you to contact him via comms.

Turian Ark: Lost but Not Forgotten

Avitus Rix believes that Macen Barro, the turian Pathfinder, is still alive. He has recruited you to help find him.

Director Tann reports that the angara have opened an embassy on Aya. Check in with the Initiative's representatives there to make sure things go smoothly.

Email for The Firefighters go to the hackers' sanctuary on Kadara.

An Initiative citizen with an incurable disease has been awakened from stasis. Track her down and return her to stasis before the disease spreads.

Final location for Contagion is on Kadara 51

Life On The Frontier

You've received an email from Sid, Vetra's sister, who thinks she has uncovered something suspicious going on at the Nexus.

It does not matter if you choose Addison or Sid side on the end of this story. In both cases nothing bad will happen.

Email from Keri for Task: Path of a Hero, speak with Keri about Kadara.

Talk to Suvi on Tempest.

Talk to Cora about Cora Harper: At Duty's Edge

Liam Kosta: Day Out On Aya

Liam thinks it's time for something "familiar" like a day out on aya. He also mentioned "getting your eyes on something" but wasn't specific about what he meant.

Talk to Vetra about Vetra Nyx: Means And Ends

Evidence suggests a creature has been eating the Tempest's food stores. Search the ship to find it.

Talk to Gil for Hunting the Archon

Check the trap for The Visitor

Liam Kosta: All In

Liam has asked for help with a rescue. His angaran contact Verand has likely been captured by scavenging pirates. To make it worse, Liam gave Verand Nexus navpoints and data. He trusts her, but if the pirates extract the information, it puts the initiative at risk. They are somewhere in the debris field near Kearnos II, in the Sephesa System.

Check email form Peebee and talk to her on Tempest about Peebee: Remnant Scanner

Find rare Remnant tech so Peebee can perfect her scanner.

Access the vidcon on the Tempest for Jaal Ama Darav: Friend or Foe?

Return the plant to Suvi for Movie Night: Snacks

Liam Kosta: Something for the Neighbors

Liam is pointing your efforts toward his friend and fellow squadmate, Jaal. Placing outposts and dealing with Calot made Andromeda more stable for the Initiative, but it'll be hard to make Heleus a home if the angarian Resistance falls into turmoil.

Nakmor Drack: A Future For Our People

The Little Things That Matter

Dr. Kennedy is due to give birth Soon. The first human born in Andromeda would be of genetic interest to the kett, and a symbolic target for the Roekaar.

After a failed attack On Prodromos, the situation with the Roekaar and their leader, AkkSul, has escalated. Jaal worries about future relations between his people and the Milky Way Species as more angara join this xenophobic cause. 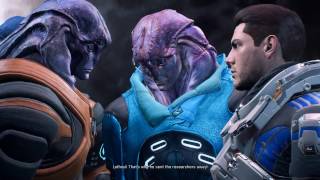 Drack wants to have a drink or ten at his favorite bar in Kadara Port. A night on that kind of town with this kind of krogan Could get interesting.

Contact Avitus via tcomm for Turian Ark: Lost But Not Forgotten

Suvi's scans shows the Tempest is carring more mass than it should. Scan around the ship to find what - or who is aboard

Liam has arranged something special on Eos "for everyone". Travel with him to meet spot near Prodromos.

Speak to Kaloo about Excess Baggage

The Journey To Meridian

The Archon's map shows the way to Meridian. However, this issue affects the entire Andromeda initiative, and leadership should be consulted before proceeding further.

Peebee has found something that she wants to share with you. 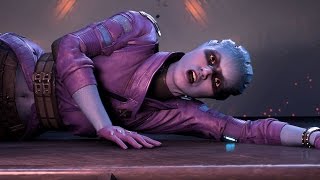 Nakmor Drack: How To Act Tough

Kesh sent you an email, worried about her grandfather. After much protest, Drack agreed to see Dr. Lexi T'Perro. She's asked you to ensure he makes his appointment.

Cora has asked you accompany her to site on Eos

Jaal has asked Ryder to accompany him to Havarl and meet his mother.

Dissension In The Ranks

Nakmor scouts from New Tuchanka have reported kett ships crashed On Elaaden. They believe this is something that warrants a Pathfinder's attention.

Moshae Sjefa urges you to speak with the few remaining angara on Aya who remember how the kett conquered their people. The Moshae believes these elders insights can aid the initiative's struggle against the kett.

An anonymous message suggests sinister motives behind the capture of the salarian ark. Follow the leads to uncover the truth.

Lexi T'Perro: Bottom of a Bottle

When you docked at Nexus, Dr. Lexi T'Perro stepped off the ship. Suvi isn't sure where she went.

Liam Kosta: Something for Us

Only for female Ryder.