Ignoring the Jedi Council's disapproval, the Jedi generals Revan and Malak had gone to war against the Mandalorians, gradually pushing the warriors back. After lengthy maneuvering, Revan chose the planet Malachor Five as his final battleground.

As Republic and Mandalorian ships clashed, Revan challenged Mandalore himself to single combat and defeated him, claiming the mask that was Mandalore's symbol of leadership. Meanwhile, one of Revan's generals enacted Revan's fearful plan, activating a superweapon called the Mass Shadow Generator.

The Mass Shadow Generator destroyed not only the Mandalorian fleet, but most of the Republic ships and much of the planet Malachor Five. The Republic suffered horrific losses, but Revan, hardened by years of war, saw it as a necessary price for victory. Leaderless, the remnants of the Mandalorian fleet fled into the Unknown Regions, with Revan and Malak in pursuit. 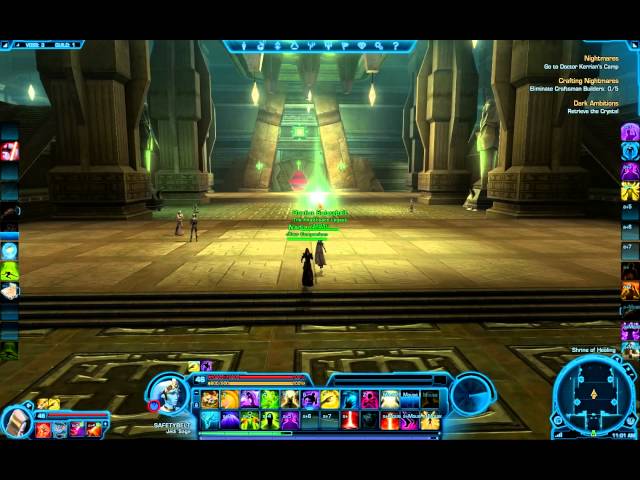