Exiled for horrific dark side experiments, a group of Dark Jedi made a last stand against the Jedi Order on Corbos, where they were ultimately defeated. The survivors fled beyond the borders of Republic space and, seeking a refuge, they discovered the planet Korriban--home to the red-skinned Sith species. The Sith looked on the Dark Jedi's Force abilities with awe, and worshipped them as gods.

Led by the fabled warrior and tactician Ajunta Pall, the Dark Jedi began forging the Sith into a glorious civilization, built on the principles they had established after breaking with the Jedi Order. They ordered the construction of great monuments on Korriban--vast cities that did not survive the ages, glorious temples and elaborate tombs.

As time passed, the Dark Jedi and the Sith species intermarried, until there were few true purebloods remaining. Eventually, there were only small physical differences between them. There were only the Sith, strong in the dark side of the Force, and their new Sith Empire. 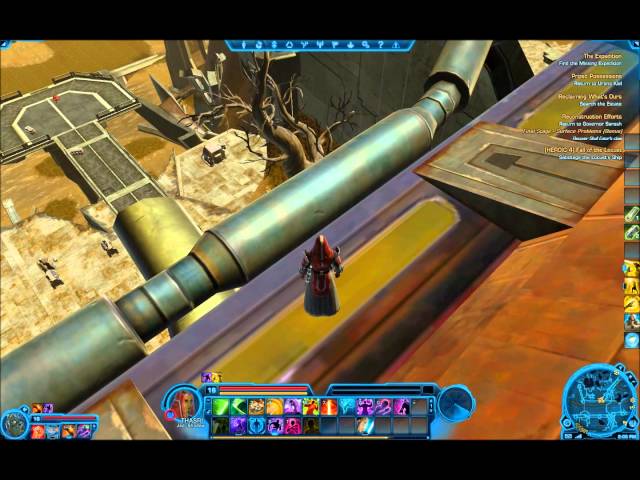