Galactic History 12: The Birth of the Republic

For centuries, safe and reliable travel through hyperspace had been the biggest obstacle to galactic exploration. Finally, Corellian scientists managed to perfect hyperdrive technology on par with that of the ancient Rakata, allowing travel between the Core Worlds in mere days. Joined by trade and renewed communication channels, the Core Worlds signed an accord and united as the first Galactic Republic.

The newborn Republic began exploration of hyperspace routes in earnest, supported by daring Duros scouts and eventually established the Perlemian Trade Route. This route connected Coruscant to many worlds, including Ossus, where the Jedi Order's enclave had been established centuries before. The Jedi welcomed Republic scouts with curiosity and interest.

The head of the enclave, Master Haune Tiar, returned with the scouts to the allied Core Worlds. Impressed by what he saw, Master Tiar also foresaw the young Republic would need protectors. After conferring for several weeks, the Jedi pledged themselves as the Republic's guardians of peace and justice. The foundations for the modern Republic were laid. 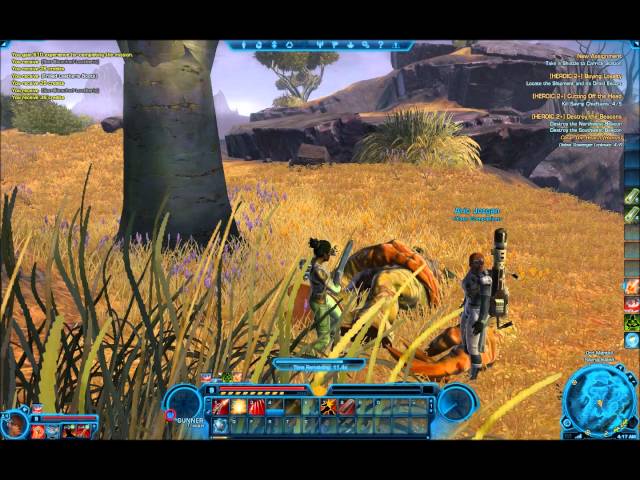